Stealth Computer is no stranger for PC market especially in rugged PC making such as Core 2 Duo based Stealth PC and NW-2000 and just recently, the company has unveiled a new mini PC with multiple Operating Systems support targeted for industrial, military, communication and all sort of extreme environment usages. 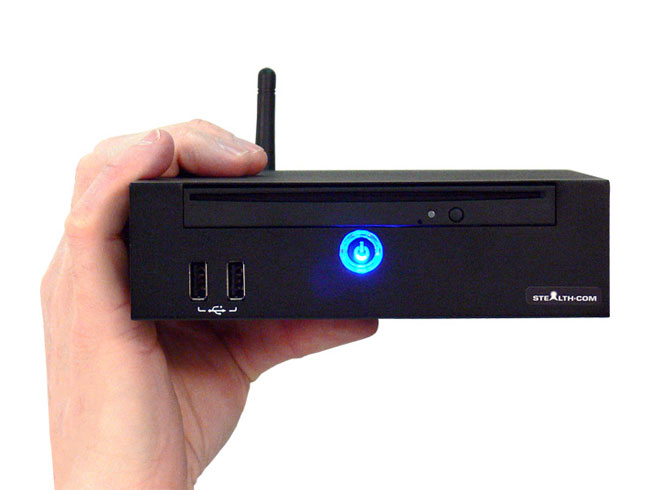 Powered by various mainstream processor such as Core i5-520M, Core i5-580M and core i7-620M ranging from 2.4GHz to 2.67GHz 32nm mobile processor, the whole system will be shielded with rugged aluminium chassis for best durability and reliability. Paired with Intel QM57 chipset, it features an internal graphics core that can enhance the full HD 1080p media decoding and even Blu-Ray playback capability. In terms of hardware specifications, it has on board 8GB RAM support, an either 750GB conventional hard disk drive or a 256GB SSD. Others include Gigabit Ethernet LAN, Wi-Fi connectivity, a 5.1 channel audio with Realtek HD Audio Codec, a dual independent display with DVI and HDMI ports for multimedia centrics usages and many more.

As expected, LPC-670 can be loaded with Windows 7, Vista or even Ubuntu Linux Operating Systems and measured at only 166 x 157 x 48mm, it is retailed at $1650 (without OS) which is on the high side on mainstream mobile computing.