Microsoft finally announces on July 22nd, 2009 that Windows 7 and Windows Server 2008 R2 (both share same code base and designed to lock-step) have been released to manufacturing (RTM) milestone. In fact, the RTM of Windows 7 and Server 2008 R2 has been expected for quite some time, which is rumored to be on July 13th, 2009, although official time line stressed second half of July 2009. In fact, the official Windows 7 RTM build version 6.1.7600.16385 has been confirmed days earlier. 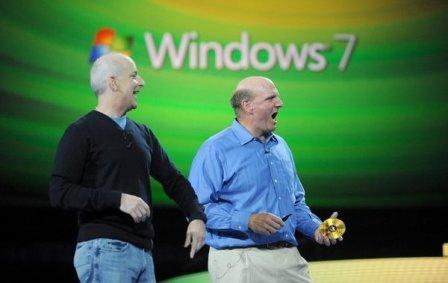 According the the Windows 7 Team Blog, the RTM is build 7600, and was declared and signed off after all validation checks and significant RTM quality bar testing on a RTM contender were met. Microsoft released Windows 7 Beta at build 7000, and Windows 7 RC at build 7100. Steve Ballmer, Microsoft Chief Executive Officer also confirmed Windows 7 has finalized during Microsoft Global Exchange (MGX) in Atlanta, Georgia later in the day.

With the RTM of Windows 7 and Windows Server 2008 R2, it also officially marks the end of Windows 7 and Server 2008 R2 alpha, beta and release candidate phase. However, don’t expect Windows 7 development to stop, as future updates will come soon (probably sooner than most expected) in the form of hotfixes and service pack with rumor of Service Pack 1 (SP1) already emerging.

While no official untouched and unmodified Windows 7 and Windows Server 2008 R2 DVD ISO images have been leaked yet, end-user self-made ISO images of Windows 7 RTM and home-made ISO of Windows Server 2008 R2 RTM have already available for download, which although may not stamp with official signature of Microsoft, but it’s based on original install.wim (the archive that stores all Windows 7 system files) extracted from original Windows 7 RTM DVD.

Lastly, Engineering Windows 7 blog has published a video clip showing the final few minutes before RTM, where it’s a sign-off process where each and every team that contributed to Windows formally commits to having successfully executed the work necessary for the product to be in the release process. The video shows Windows 7 Team gather one last time (for Windows 7) in the “Ship Room” and a representative from each team signs (literally) and signifies their teams readiness for manufacturing.