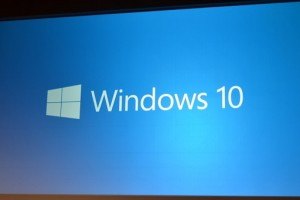 Microsoft hasn’t officially talked about upcoming major version of Windows operating system, codenamed Windows Threshold but widely expected to be named as Windows 9, yet. Not only that, Microsoft seems to be very strict, tight-lipped and secretive about the development of Windows 9, and thus far no leak of any kind on Windows 9 been found yet.

Can’t wait to upgrade to Windows 9, which is expected to be released by spring 2015? Well, you may enjoy great deal if you’re the early adopter of Windows 9, which is codenamed Windows Threshold during development. According to claims by WZOR, the famous leaker for Windows operating system, Windows 9 may be available for free for some Windows 8.1 users, while costs as little […]

With the rumors circulating that the date of official release for preview of Windows 9 (codenamed Windows Threshold) set to be on September 30th, 2014, the famous Windows OS leaker, WZOR, who is famous as the leaker for Windows operating system pre-release builds, has claimed that the ISO images for Windows 9 Preview may be leaked after September 15th, 2014, hopefully before Microsoft does.

Windows 9, the speculative name for the next iteration of Windows operating system as the successor to Windows 8, is expected to be unveiled in September, if various news reports which have patchy accuracy when coming to predicting release of Windows OS are true.